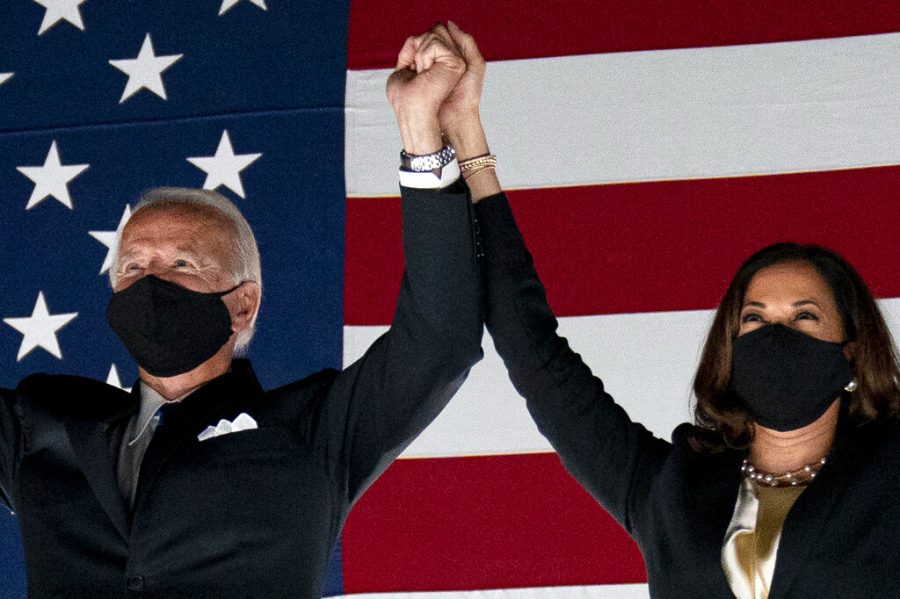 Former Vice President Joe Biden wins the election along with his running mate California Senator Kamala Harris. Biden won the popular vote with 81,029,063 votes and the electoral college with 306 votes according to The Associated Press. The win makes history with Harris being the first woman, first Black American, and the first person of South Asian descent to be elected into the position of vice president. Biden also makes history as the oldest person to be elected president at the age of 78.