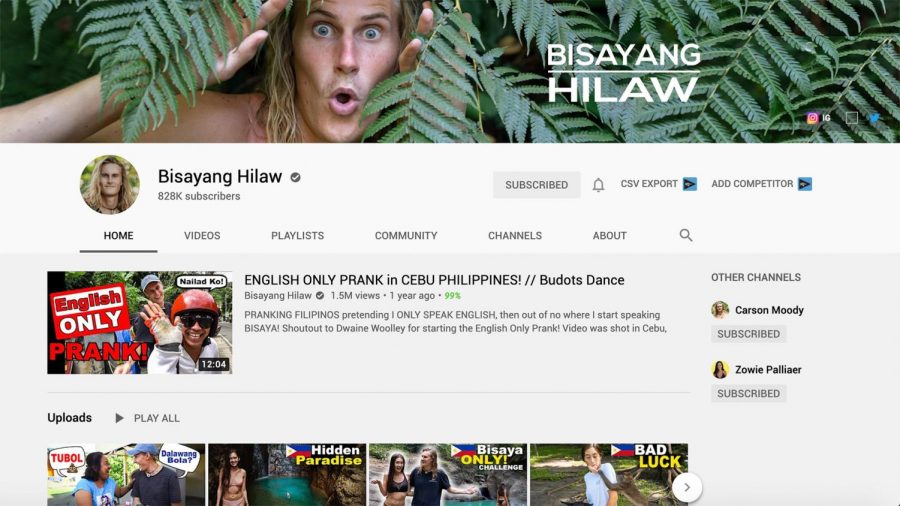 Carson Moody, also known as “Bisayang Hilaw” is originally from Utah but moved to the Philippines as a missionary for his church in 2012. He eventually learned to speak Filipino languages like Cebuano (Bisaya) and Hiligaynon (Ilonggo). Carson Moody is an American vlogger known for his travel vlogs spoken in Filipino language. He started his youtube channel in 2018 when he first moved to the Philippines full-time and started to create his vlogs. He is known for his viral video, English Only Prank in Cebu, and he has also accumulated over 909,000 subscribers on his channel.