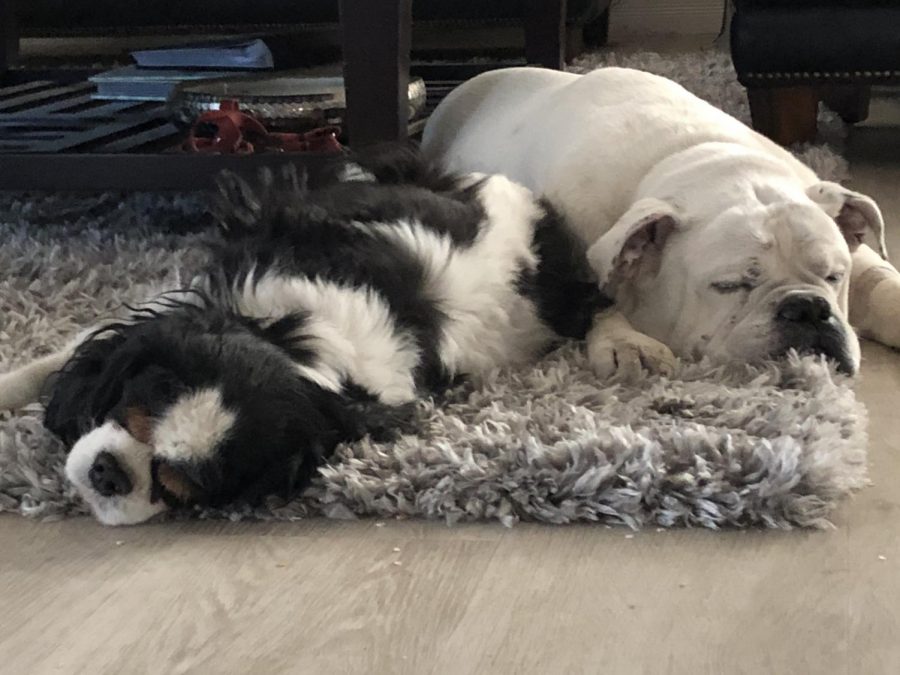 Henry and Jeter are Mrs. Myles Dogs, and they were both rescued. Henry was from a neighbor who realized they didn’t have enough energy for 2 newly purchased puppies and Jeter was from Pups on Parole. They became fast friends and were immensely protective of Mrs. Myles’s children. They have brought so much love and joy to their family. They love apples and cheese but won’t touch lettuce. The smaller one would take the bigger ones food but she often finds them snuggling up with each other.