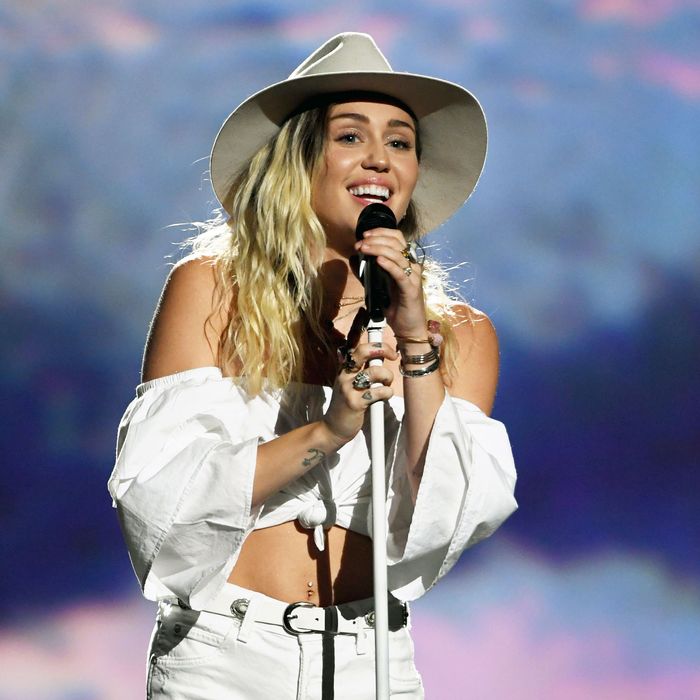 Miley Ray Cyrus, one of the most popular singers in America, wasn’t always famous. At one point, Destiny Hope Cyrus, was just a very happy baby who always smiled. This earned her the nickname Smiley from her parents, later shortened to Miley. She officially changed her name to Miley Ray Cyrus in 2008, with Ray being an honor to her grandfather, Ronald Ray Cyrus. Miley Cyrus is the daughter of famous country music singer Billy Ray Cyrus, but has grown to be widely acclaimed for her own fame and success. Growing to stardom, she portrayed Hannah Montana in the Disney Channel television show of the same name. She went on to sing many songs that rose in popularity such as chart-topping “Wrecking Ball” and certified Diamond “Party in the U.S.A.” A widely controversial singer, she is often regarded as one of the few child actors turned singers who actually grew up to be successful.