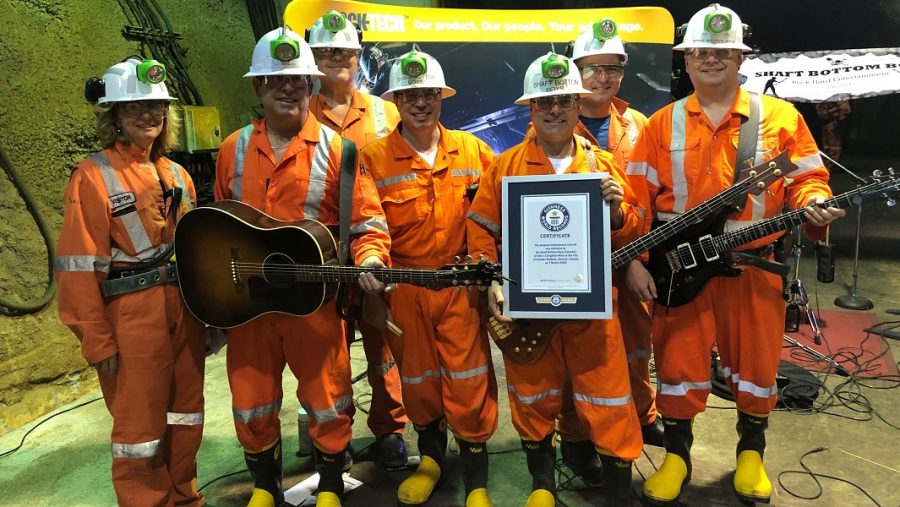 This is the Shaft Bottom Boys who broke the record for deepest concert underground.

The Shaft Bottom Boys, a Canadian band, took the title of “deepest concert underground” after performing at 1,893.8 m (6,213 ft 3.05 in) below sea level. They held their concert at Vale’s Creighton Mine in the City of Greater Sudbury, Ontario this year on March 7, 2020. The Shaft Bottom Boys is a band of four musicians who did a 50-minute set for an audience of 50 people down in the mine. This audience consisted of Creighton mine workers, media, Science North board members as well as a Guinness World Records adjudicator and brand representatives. They were all required to wear full protective gear as well in order to attend this concert in the mines. The Shaft Bottom Boys’ performance was a part of a fundraising effort between Science North and Vale. In the end, $95,000 was able to be raised to support Science North summer camps and Miners for Cancer. SOURCE