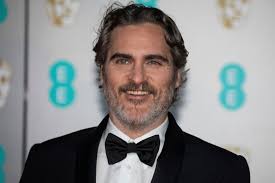 Joaquin Phoenix has been featured in many horror films and a variety of different movies. Currently, he is extremely well known for his role in Joker playing this popular lead role and Batman antagonist. Phoenix has received not only an Academy Award for his acting, but also a Grammy Award for his exploration of directing music videos. He is also an avid social and animal rights activist. Since the age of three, Phoenix has been a vegan and he often campaigns alongside PETA and In Defense of Animals. When first starting out his career, he actually went by the name Leaf Phoenix, but believe it or not, Phoenix’s birth name is Joaquin Rafael Bottom. His parents decided to change the family’s last name to Phoenix to represent a new beginning and rising from the ashes. Phoenix has done just that, growing to be a star in the world of pop culture.