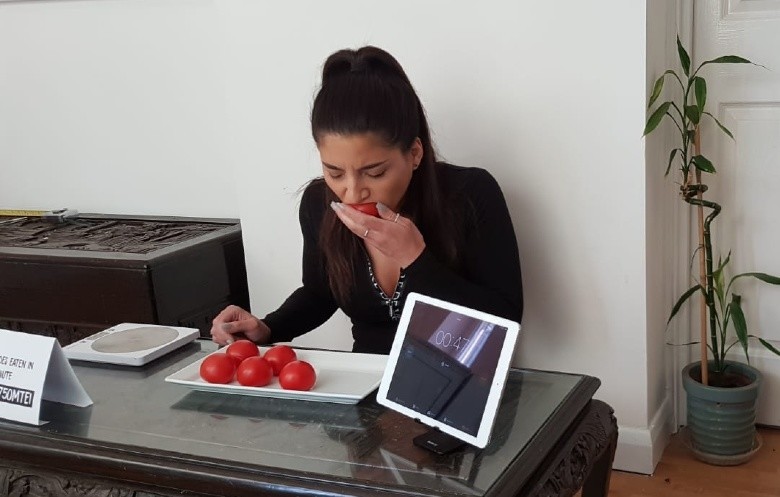 Leah Shutkever is a competitive eater who broke the record for most tomatoes eaten in one minute.

Most Tomatoes Eaten in One Minute

Leah Shutkever added another world record title to her list when she broke the world record for the most tomatoes eaten in one minute. Shutkever is a competitive eater and likes to post videos about it on her Youtube channel. It was through a video in fact that she broke the record then sent it over to Guinness World Records to review. She broke the previous record of five tomatoes by eating eight tomatoes in one minute on June 13, 2020. In order to count for the world record, the tomatoes must have a minimum weight of 80 grams. These tomatoes have to be weighed on camera on a continuous clip. Any type of tomato can be used as long as it meets the 80-gram requirement. In order to qualify for this title, Shutkever had to eat the tomatoes one at a time and open her mouth wide open to show that it’s empty before moving onto the next one. Her YouTube video is posted here.