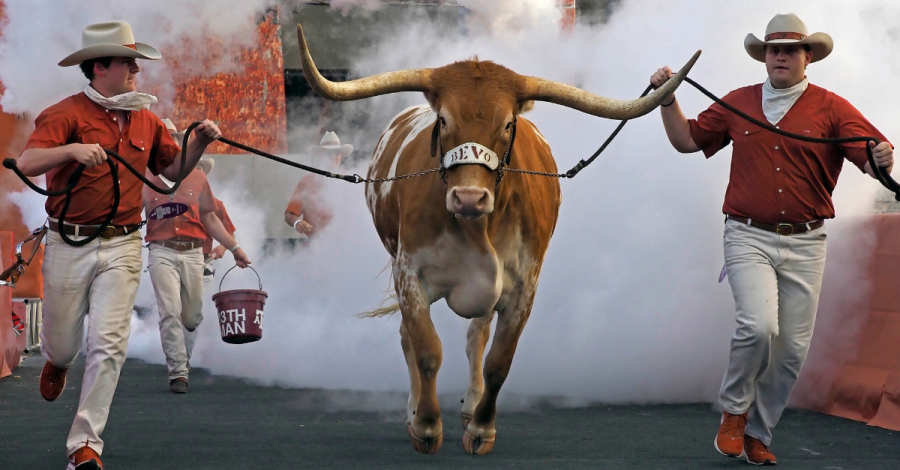 This live longhorn bull had his first appearance for Texas at a homecoming celebration on Thanksgiving Day in the year 1916, and Bevo is still one of the most beloved mascots in the game. He has sometimes broken out of his pen on the field during games, but he usually stands calmly in the endzone, and sometimes he even takes part in players’ touchdown celebrations. Bevo is a fearsome and iconic mascot in college sports, with this Bevo being the 15th in history. The very first Bevo, after some Texas Aggie students got hold of him in Feb. 1917  branded him with the score of the 1915 Texas-Texas A&M game. He was later barbecued and served at the 1919 season banquet, attended by both Longhorns and Aggies. That does not sound pleasant but the Texas Aggies branded “13-0,” and once the Longhorn students got ahold of him, they got creative, changing the “13” to a “B”, the “-” to an “E” they added a “V” and made the”0″ an “O.”