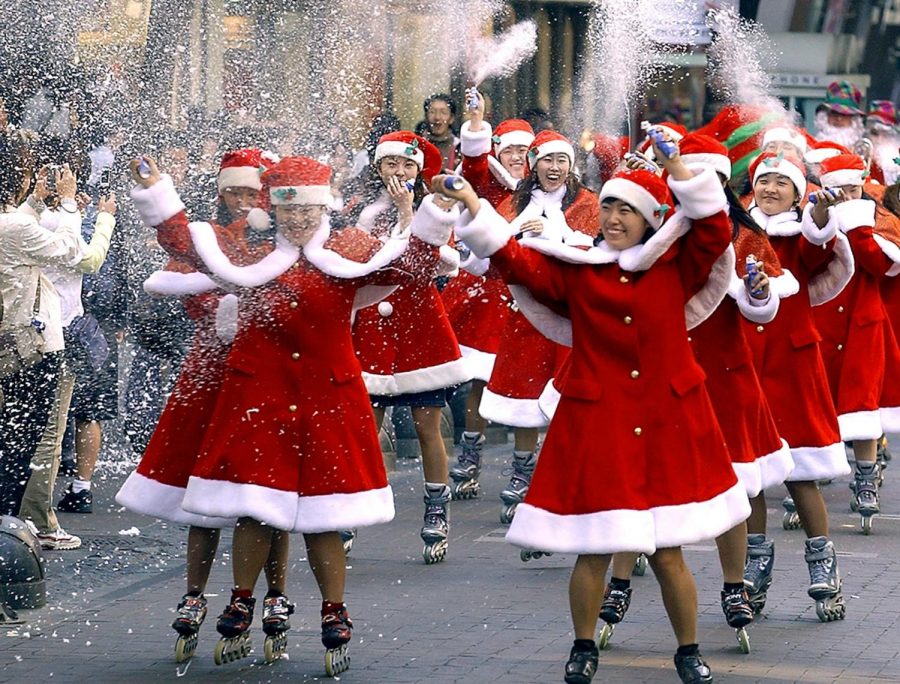 In Venezuela, Christmas is celebrated by attending midnight mass, called Misas de Aguinaldo, feasting on food, putting up multiple nativity scenes, and Santa Barbera’s Day, which starts on December 4th. Other important celebrations are Epiphany or El Dia de los Reyes Magos, known as the day of the Three Kings, on January 6th. Foods such as hallacas and the pan de jamon are eaten around this time. A very popular tradition in the capital city, Caracas, is roller skating to mass. This occurs from December 16th to the 24th, and roads close by 8am so that