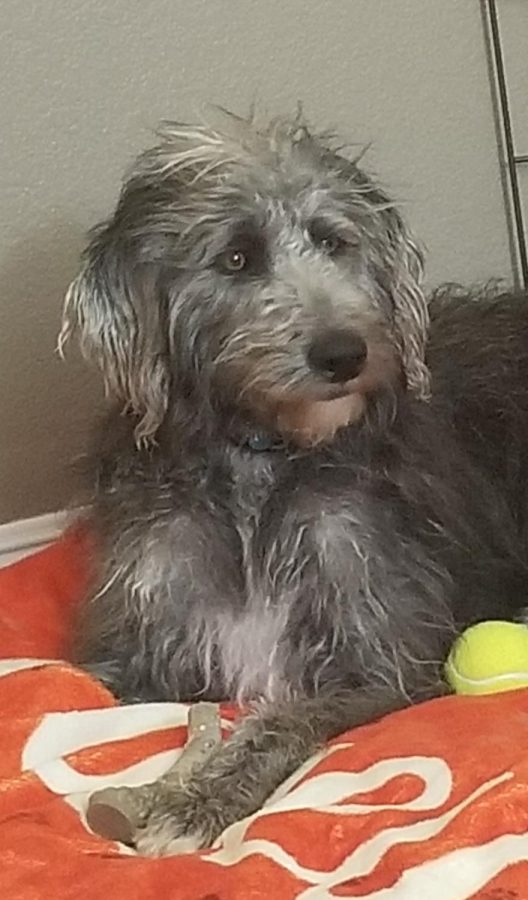 Ms. Chambers has a dog named Mick who is believed to be a Borderdoodle. Mick got rescued from a farm about a month ago although he is just under a year and a half old. Ms. Chambers sadly lost two dogs earlier this year making her third one lonely. This is what persuaded her to get another dog. Mick has the unique trait of sleeping while standing halfway on the couch. He stands on his hind legs while having the front of his body on the couch.