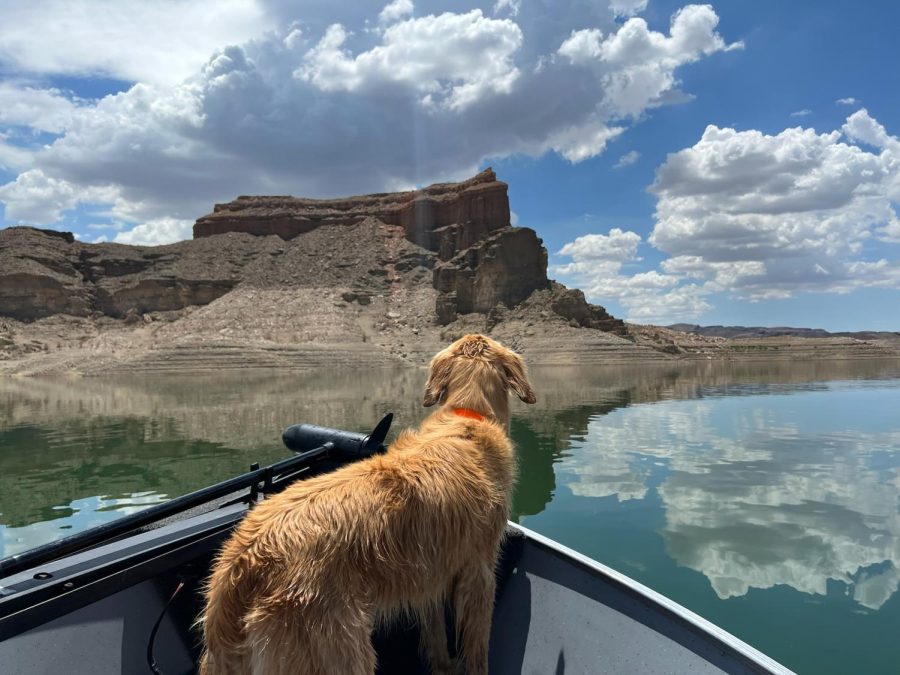 Coach Herman Boone is Dr. Barnson’s Golden Retriever. “Boone,” for short, was named after one of Dr. Barnson’s favorite movie characters. On the same day his previous dog passed away, Dr. Barnson’s friend’s dog had puppies which persuaded him to get one. He believed it was fate. Boone is now 5 years old. Dr. Barnson said, “Dogs are the best.  I have always had a dog.” It would be hard to imagine not having a dog after owning one his entire life. Boone is Dr. Barnson’s “fish finder” helping to get a good catch whenever they go fishing.