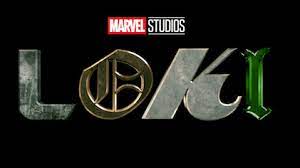 Beloved MCU villain, Loki, will be getting his own Disney Plus original series.

Loki is known in the Marvel Cinematic Universe for being the God of Mischief and the main villain of The Avengers. Being Thor’s (adopted) brother and enduring being the side character of the Thor movies, Loki finally gets his own Disney Plus series where he’ll be the star, much to fans’ delight. Despite “dying” and coming back to life multiple times throughout the MCU’s timeline, his death to Thanos in Avengers: Infinity War seemed to be final and devasted fans.

However, the Marvel writers were not quite done with Loki yet and the events in Avengers: Endgame opened the possibility for an alive Loki in an alternate timeline. The new Loki series will follow Loki in this alternate timeline and his adventures in places like the “Time Variance Authority” (TVA). The majority of the content released about Loki includes his time at the TVA and with a character named Mobius M. Mobius, played by Owen Wilson. Hinting at a lot of time travel, it seems to fans that Loki will be involved in helping the TVA correct his timeline and be present at many notable historical events such as the eruption of Mount Vesuvius in ancient Pompeii.

Lizzie Gubler, sophomore, screamed when she first heard about the new Loki series. A long-time Loki fan, Gubler says, “I’m excited to get to know more about Loki and the way he is. He also will be getting so much more screen time, which makes up for only getting 5 minutes tops in Infinity War.”

Despite being the third original Marvel series to hit Disney Plus this year, it has been the most highly anticipated. Loki even has a different release date than the other series have had. While new weekly episodes are typically dropped on Fridays on Disney Plus, Loki will be released on Wednesdays and the release date moved up to June 9th. This was announced in a video from Marvel by Tom Hiddleston, the charming actor who plays Loki. Marvel proclaimed, “Mid-week is about to get a little more mischievous.”

As stated in an “Entertainment Weekly” interview, Marvel president, Kevin Feige, says, “[Loki]’s been around for thousands of years. He had all sorts of adventures. Wanting to fill in the blanks and see much more of Loki’s story [was] the initial desire [for the series].”

An important detail for viewers to remember is that the Loki in the series is a past Loki and therefore the events after The Avengers haven’t had an impact on him. This means that Loki hasn’t undergone any sort of redemption arc. This leaves it up to the new Loki series to mold his character. The fate of Loki will be determined starting June 9th on Disney Plus.