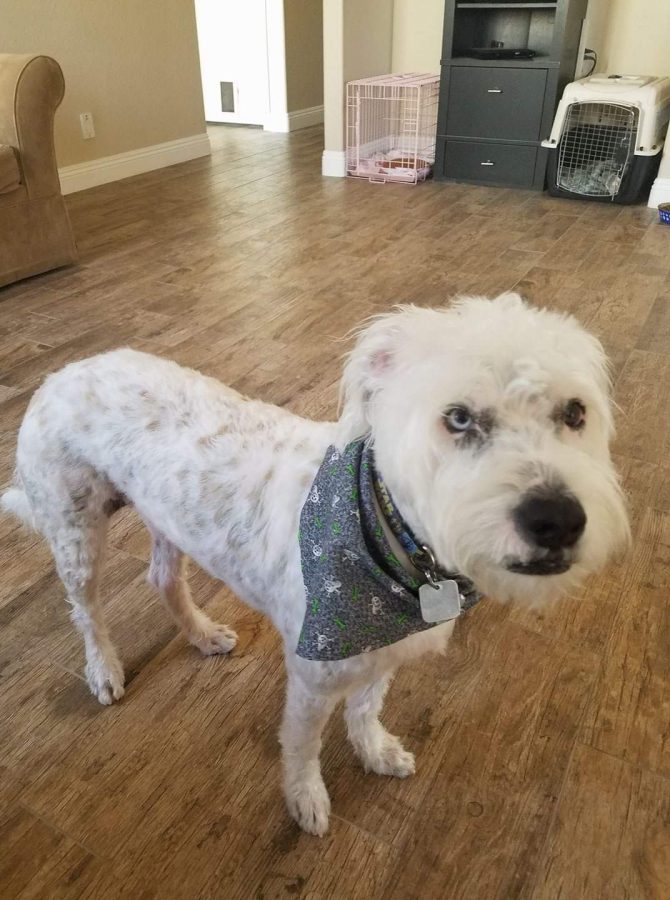 Senior, Courtney Slattery, has a dog named Sonic just like the hedgehog! Sonic has the routine of when she gets back from the gym in the mornings to get his leash for a walk, all because she took him one time, it is now an everyday occurrence. He doesn’t really play with toys, but gets his energy out by running in figure eights around the house after you blow a raspberry at him!