Investigative Journalism: Down the Drain 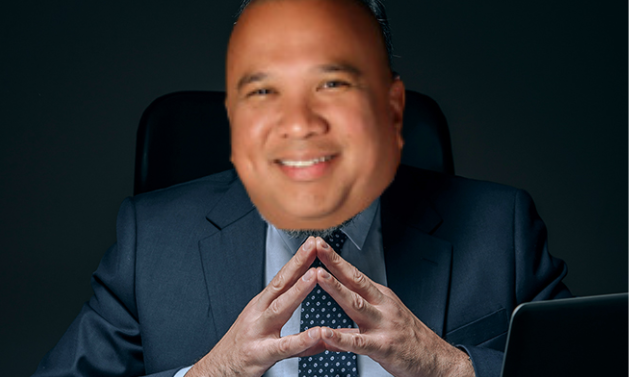 Dr. San Nicolas coming up with his plot to close the pool on the roof

As many people know, the pool on the roof was out of commission for a substantial amount of time during COVID. However a scandal has recently been uncovered that it was not the school district that was responsible for draining the pool. It was a far more evil and sinister plot that was founded on a vengeful Assistant Principal. Towards the end of the 2019-2020 school year, one of the teachers, who has asked to remain anonymous and go by the name Mr. Bruer, made a terrible but brave mistake. About a year before the pandemic began, Bruer became entangled in a sticky situation where another teacher challenged him to jump off of the bamboo cabana into the pool. Without hesitation, Bruer followed through, damaging the cabana in the process. The small structure had been diligently worked on by none other than Dr. San Nicolas. Shortly after the incident, as coronavirus began to settle in and school was shut down, San Nicolas falsely informed all Shadow Ridge teachers that the school district was requiring that the pool on the roof be closed. To ensure that nobody could continue visiting the pool, even though it could have remained open, San Nicolas drained the pool on the roof himself.

As pieces of evidence gathered from different sources began to come together, teachers grew very suspicious. It was determined that without further investigation, nobody could know what had truly happened with the closing of the pool. So, Bruer decided to take it upon himself to investigate. Visiting the empty pool on the roof, he found that not only was the pool still empty, but the cabana had been expanded. San Nicolas had spent the entire pandemic creating a bamboo resort while nobody was allowed to visit the pool. It is unknown at this point whether San Nicolas plans to share this exciting new structure as a means to justify his temporary closing of the pool.

Bruer explained, “It all started when Mrs. Paige Smith dared me to jump off of the cabana. We were all lounging around the poolside when she made a remark about how she didn’t think the bamboo cabana roof could hold a person. I reasoned that since it took a whole panda to eat a single bamboo stalk, and since the average human probably can’t even eat a whole stalk of celery, bamboo must be strong enough to hold at least a person.”

Bruer is never one to back down from a dare, so he scurried up and took a running start for his dive. However, he didn’t account for the flexibility of the bamboo, and his foot slipped through the roof. He barely made it off the roof and into the pool, but he ended up hitting his head.

“Dr. San Nicolas had actually built the cabana, and he was not happy at all when he heard about my little stunt. He retaliated by draining the pool. All of the teachers are upset about the whole issue, especially because now we don’t have anywhere to hang out on Wednesdays and the weekends,” Bruer shared.

Dr. San Nicolas regularly displays what he explains are traits of a Mustang. Yet, in this situation, he did not. Claiming he had received word from the district, San Nicolas took advantage of the opportunity to drain the pool and blame it on CCSD, saying, “The health district and CDC sets the guidelines.” That was when his work began.

Ellie Reese, junior, said, “I was driving out to one of my friends’ houses by the school one day and I got really suspicious because I saw this huge truck in the parking lot loaded up with bamboo. Now that I think about it, I’m pretty sure I saw Dr. San Nicolas unloading some of it and taking it into the school.”

It’s clear he used these materials to make his mastermind contraption. Teachers and staff can only hope that San Nicolas will soon refill the pool and allow others to use his small paradise on top of the school.