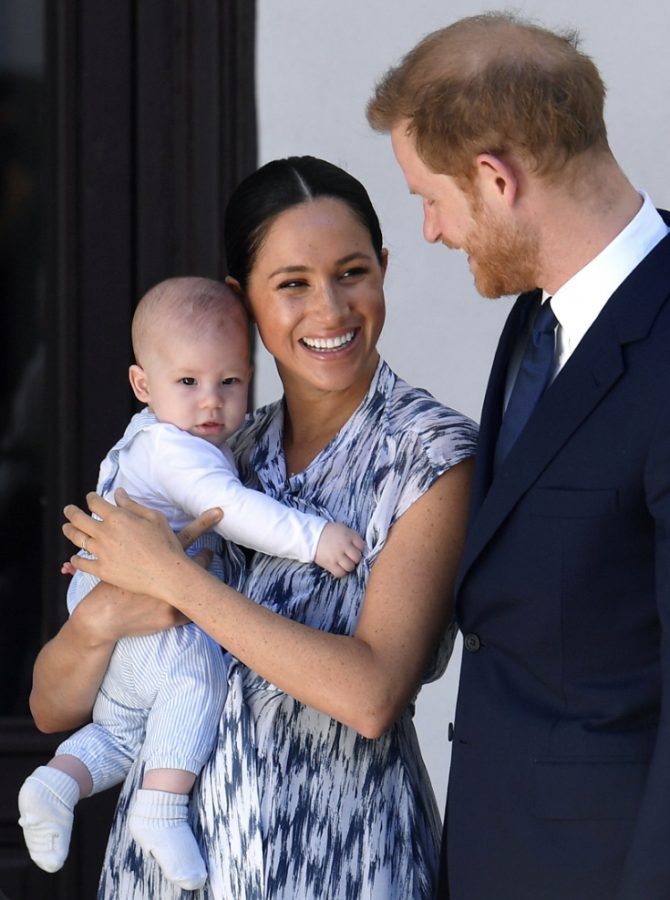 Meghan Markle and Prince Harry’s interview with Oprah on Sunday night has exposed some pretty horrible things about the royal family. The interview unveiled shocking information, such as palace representatives making racist comments about the duchess’s unborn child, and pressures from the media driving Meghan to thoughts of suicide.

There were even efforts made to strip Harry and Meghan’s son Archie of his royal status. The duchess said that she didn’t care about the surface level title her son would have, what mattered to her was that the palace was trying to take away his birthright and his protection.

“If [the title] meant he was going to be safe, then of course [it mattered],” she said.

Of all the conversations, by far the most concerning were the ones the institution had about Archie’s skin color. Palace representatives spoke about being worried about how dark the child’s skin would be. Prince Harry was the one who filled Meghan in on these deeply offensive conversations.

“The queen has always been wonderful to me.” She said. While she said the family itself welcomed her, the institution did not and didn’t take any of her feelings into account.

All of these things, along with Meghan’s second pregnancy, made leaving the royal family seem like the only logical next step to Prince Harry, even though it meant being financially cut off from them.

“You made a decision that certainly saved my life and saved all of us,” Meghan told Harry.

“I just didn’t want to be alive anymore,” the duchess told Oprah during the interview. She called the suicidal thoughts “constant,” and said she “thought it would solve everything for everyone.”

Not only this, but Meghan received no support from the palace when she was struggling. A CNet article summarized how she was treated.

“In a chilling detail, she revealed that she went to the human resources department at the palace (yes, they have one), and was told she wasn’t an employee and couldn’t be helped.”

The whole situation bears striking resemblance to what happened to Princess Diana. Diana spoke out about having suicidal thoughts and wanting to harm herself after joining the royal family. Luckily, it seems that this time around things have gone differently, and Harry can protect his family the way his father couldn’t protect Diana.