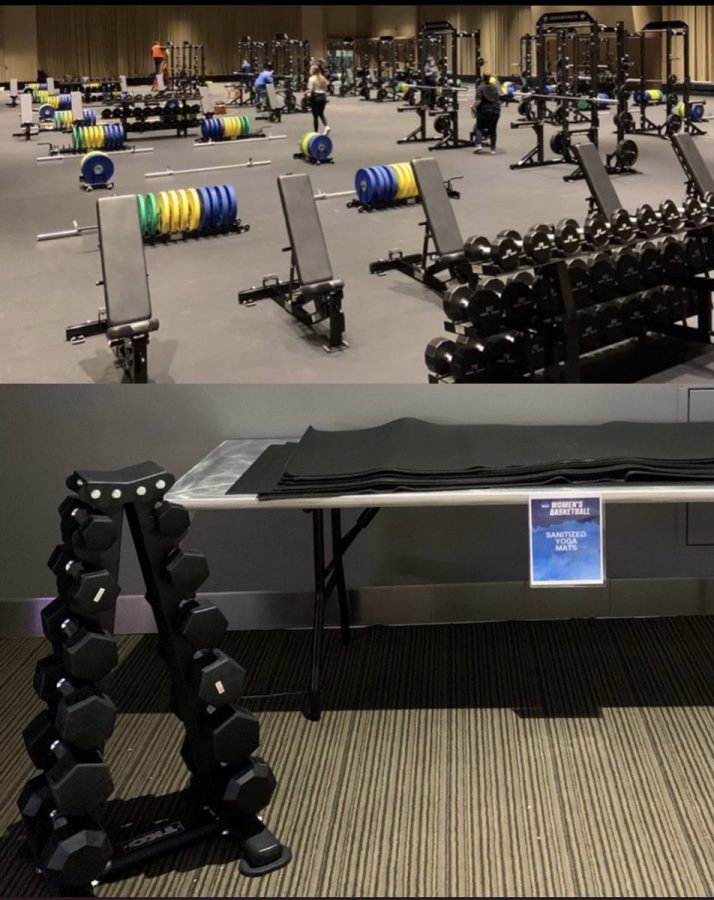 The differences between the men's and women's workout facilities at the NCAA tournament.

Major discrepancies were acknowledged by the NCAA in regards to the men’s and women’s basketball tournaments after a social media frenzy took place over images posted online. The images compared the major differences in the two weight rooms, food choices, and even gifts provided to the men and women participating in the tournament held in Indianapolis.

Mackenzi Murdoch, senior, shared her personal thoughts on the matter, her being a multi-sport, and soon to be, woman collegiate athlete, knows a thing or two about women athletes not being held in the same regards as men.

People love to use money or viewership as an excuse for treating women’s sports unfairly; but this is just blatant proof that women are not getting the respect and equality that they deserve.”

Murdoch went on to describe how she thinks the situation should be handled moving forward.

“First of all, it needs to be changed and updated as soon as possible and there needs to be an apology to those women. Nothing can change the giant mistake that they made, but they can at least work to improve conditions.”

According to ESPN, Holzman said, “We acknowledge that some of the amenities teams would typically have access to have not been as available inside the controlled environment… In part, this is due to the limited space and the original plan was to expand the workout area once the additional space was available later in the tournament. However, we want to be responsive to the needs of our participating teams, and we are actively working to enhance existing resources at practice courts, including additional weight training equipment.”

Murdoch views a bright future for women athletes and knows that they must be given a chance in order to succeed and grow together.

“There are so many disparities between female athletes and their male counterparts. People love to use viewership and money as excuses for these disparities, but truly there is no excuse, and these NCAA tournament photos being released is a perfect example of D1 female athletes not being treated with the respect that they deserve. The athletic inequality issue needs to change, but it won’t change until people get over the stigma that women can’t be athletes. Women’s basketball has huge viewership, and the WNBA has millions of fans, but people don’t want to believe it.”