The US Rejoins The Paris Climate Agreement 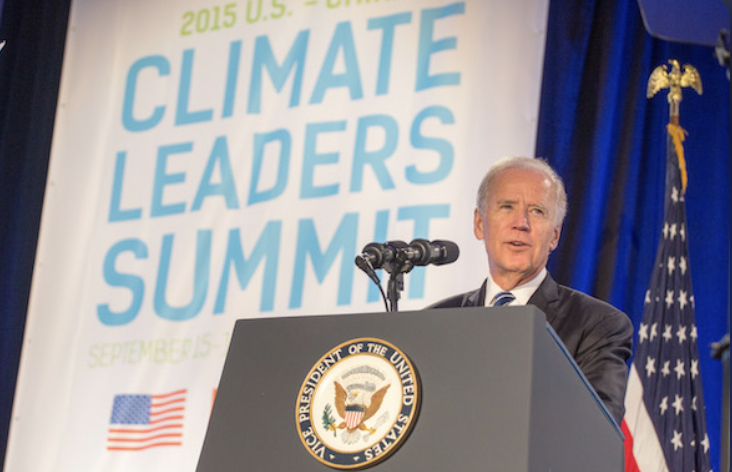 President Biden has reentered the United States into the Paris Climate Agreement. The Paris Agreement, also known as COP21, is an international treaty that aims to reduce the emission of greenhouse gasses that contribute to global warming.

The US joined the agreement along with virtually every other country in the United Nations in 2015 under the Obama administration, but in 2016, Trump enacted the slow and painful process of withdrawing from it.

Biden reversed that decision incredibly quickly, saying the climate crisis is in a state of emergency.

“We can no longer delay or do the bare minimum to address climate change. This is a global existential crisis,” Biden said. “As of today, the United States is officially once again party to the Paris agreement, which we helped put together.”

The United States did play a huge part in putting together the treaty. Antony Blinken, secretary of state, believes the US and the entire world will benefit from the Paris agreement in the long run.

“The Paris Agreement is an unprecedented framework for global action,” Mr. Blinken said. “We know because we helped design it and make it a reality. Its purpose is both simple and expansive: to help us all avoid catastrophic planetary warming and to build resilience around the world to the impacts from climate change we already see.”

Republican Senators take issue with two things about Biden rejoining the agreement, the amount of money the US will have to pitch in (3 billion dollars) and the fact that the decision wasn’t given over to the senate. Because it’s an international treaty, some believe this to be a breach of the constitution.

JunkScience founder Steve Milloy asked, if the measure is so popular, “Why doesn’t Joe Biden submit it to the Senate?”

Biden defended himself saying that this is an emergency and the US doesn’t have the time to wait any longer than necessary to rejoin the agreement. Either way, the executive order has been made, and many people are asking, what’s next?

John Kerry, a global climate czar says that “Paris is not enough.”

“Ninety percent of all of the planet’s global emissions come from outside of US borders. We could go to zero tomorrow and the problem isn’t solved,” Kerry said.

Although the problem of climate change hasn’t been magically solved, this is a step in the right direction for climate activists and a relief that President Biden came through on the promise he made in November.