What Happened in Texas 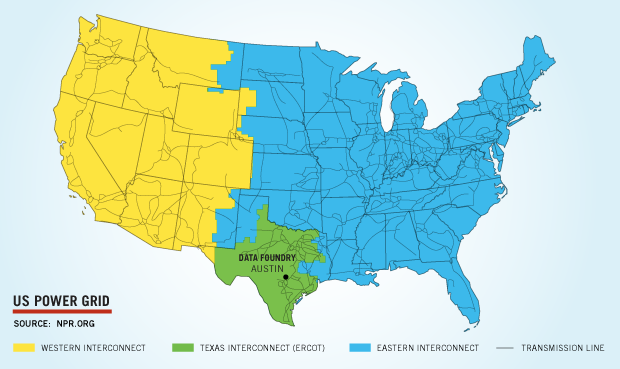 Earlier this week, Texas was hit with record freezing temperatures and snow storms that have left many people without power or a reliable source of clean water. Experts are saying this freak weather is due to climate change.

As power outages and rolling blackouts raged across Texas, nearly 4 million were in the dark and cold, unable to heat their homes. Texas power grids aren’t designed for the cold and were unable to withstand the weather and “demand for heat,” according to BBC News. The Lone Star State gets its power from a separate power grid than the rest of the country which has been a huge hindrance to getting the power back up and running as they are unable to get help from other states.

“Experts say that the state’s power grid was unprepared for the surge in demand brought about by the storm’s below-freezing temperatures,” states Luisita Lopez Torregrosa, writer for NBC News. “Extreme cold knocked down many of the gas-fired power plants just as demand was climbing and wind turbines stopped working due to the weather conditions. Government decisions not to require equipment upgrades to withstand extreme low temperatures and its longtime policy of largely operating independently from other grids in the country left the system unprepared for the winter storm.”

As if electric problems weren’t enough, around 13 million people have no access to clean water or running water at all. Because of freezing temperatures many water pipes have either burst or frozen. Texans are advised to boil all water before using or consuming it as a consequence of power failure at water treatment facilities and problems with water providers according to The New York Times.

These problems with power and water have not only affected Texan homes but also hospitals and food banks. Hospitals, as reported by The Texas Tribune, are having to rely on backup generators for power, ration water, and have canceled all nonessential operations. Distributions of the Covid-19 vaccine have also been delayed throughout the state.

“All Ascension Seton hospitals have emergency response plans in place to provide uninterrupted patient care, including access to backup generators for each care site,” a spokesperson for Ascension Seton told The Texas Tribune. “Throughout the year, our hospitals prepare for a variety of emergency situations, which includes testing of backup power sources and reviewing and updating emergency response plans on a regular basis.”

Texan food banks are seeing a rise in demand as grocery stores have been wiped clean as Nina Lakhani, journalist for The Guardian, writes. Although because of how bad roads are it’s been hard for many food banks to get supplies and some food banks have had to close because of this. Another issue they’ve been seeing is that many people have an inability to cook the food that they do have because they don’t have power.

“In the worst-affected areas, food banks and pantries were forced to close for several days this week as it was impossible for staff and vehicles to get to the distribution sites,” explains Lakhani. “Relief was limited to disaster boxes sent to people seeking refuge in warming shelters. On Thursday, the disruption to energy and safe water supplies had food banks scrambling to procure large quantities of bottled water and ready meals and snacks that do not require cooking.”

The cause for this freak weather is mainly being attributed to climate change. Warming in the north pole may be causing a disruption in the polar vortex. The polar vortex, as described by Stephen Johnson, writer for Big Think, is a pattern of cold air that spins around the Arctic Circle in a strong jet stream keeping the cold air wrapped up in the north. With warmer temperatures, the jet stream may not be as strong and almost lets the cold leak out towards the rest of the world.

“When temperatures rise, the jet stream weakens and becomes wobbly, sometimes allowing cold air to shoot out across the planet,” Johnson states. “What may be contributing to disruptions in the polar vortex is a phenomenon called Arctic amplification, which describes how the Arctic has warmed by more than twice the global average in recent decades.”

Another idea as to the drastic changes in weather as described by Washington Post writer, Adam Taylor, is melting ice in the arctic caused by global warming.

“We tend to think of climate change in terms of warmer weather, rather than the winter storms seen this week,” Taylor states. “But the science is more complex than that: As Tom Niziol wrote for the Capital Weather Gang, some research suggests that melting sea ice in the Arctic could be responsible for the disrupted weather patterns in the Northern Hemisphere.”