Jane Yellen Sworn in as the First Woman Secretary of the U.S. Treasury 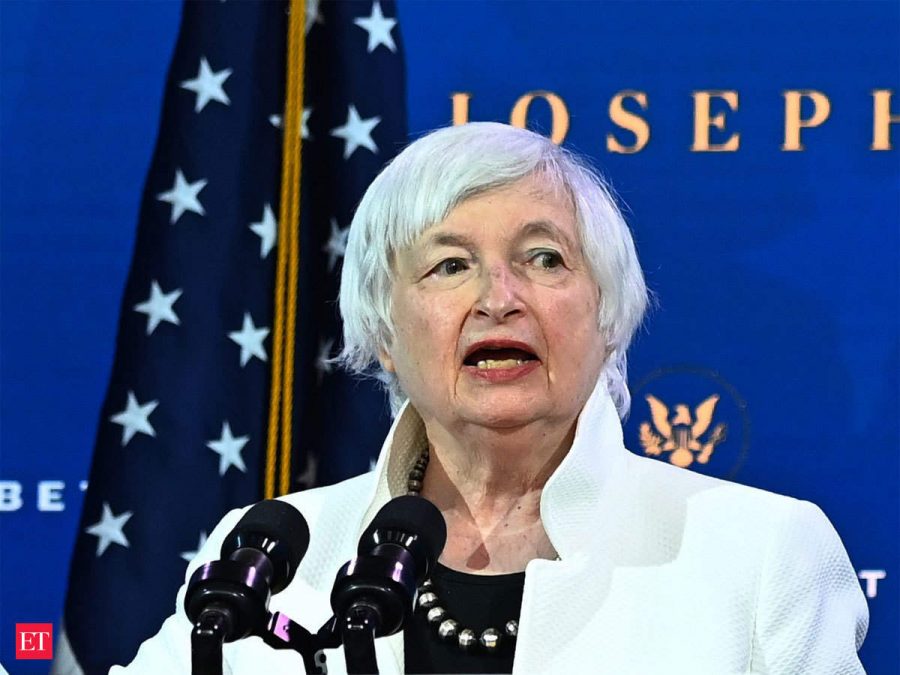 Jane Yellen at her confirmation hearing.

Economist, Jane Yellen, was sworn in as the first woman secretary of the United States treasury on January 26. Yellen was also the first woman to serve as a chairman of the federal reserve from 2014-2018. She is the first person in American history to have led the White House Council of Economic Advisors, the Federal Reserve, and the Treasury Department. Yellen now dedicates her position into aiding relief for American families through the pandemic.

“We must help the American people endure the final months of this pandemic by making sure they have roofs over their head and food on the table,” Yellen said. “Then, we must assist them in getting back to work safely.”

Yellen was born in Bay Ridge, Brooklyn and graduated from Brown University where she then went on to earn her PhD at Yale University. She was an assistant professor at Harvard University until she began working at the Federal Reserve board. President Bill Clinton appointed Dr. Yellen to the Federal Reserve Board of Governors then three years later, he named her Chair of the White House Council of Economic Advisers. Secretary Yellen helped manage the resulting financial crisis and recession in 2008 after noticing a worrying economic trend of bubbling in home values. In 2010, President Barack Obama, appointed her Vice-Chair of the Federal Reserve. She is a member of the American Academy of Arts and Sciences and the Council on Foreign Relations and also a founding member of the Climate Leadership Council. Yellen has been on the board for two recessions and currently is fighting for higher stimulus checks as a key role in gaining congressional support of Biden’s relief package.

“We have 10 million Americans who are unemployed, another 4 million who’ve dropped out of the labor force, particularly women who have child care responsibilities,” Yellen said on CNN’s State of the Union. “We need to reopen our schools, make sure that children aren’t falling behind” and provide help to struggling small businesses.”

Yellen’s main priority is getting families back into the workforce as soon as possible. She wants even the middle class to be provided aid through this pandemic and to make the recovery of the recession quicker than the one she had witnessed in 2008.

“We would have a long, slow recovery like we had after the financial crisis, but this package is going to really speed recovery and analysis by Moody’s and economists at the Brookings Institution show that very clearly we will get people back to work much sooner with this package,” Yellen said.