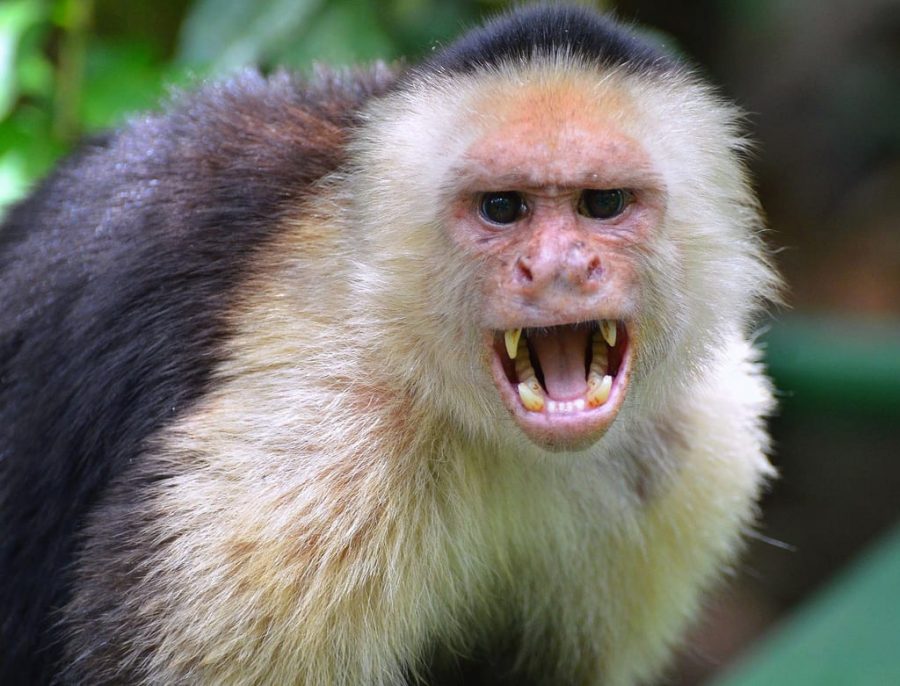 White-Faced Capuchin in the Wild

Capuchin monkeys are one of the cuter monkeys in the animal kingdom. They have been seen in countless movies such as Night at the Museum, Pirates of the Caribbean, and even Indiana Jones. Though seemingly cute, recently, they were caught committing cannibalism by a team of researchers in Coast Rica.

The team of researchers had been studying and observing a small population of white-faced capuchin monkeys for about 37 years in Santa Rosa National Park in Costa Rica. On April 9, 2019, they witnessed an infant capuchin monkey being consumed by a few members of the capuchin troop.

The infant had fallen from the trees and his mother came to recover him, which led to the baby falling again. The last fall had rendered the baby motionless and presumably dead. Suddenly, another capuchin started to consume the infant, nibbling at the toes. Then the alpha female of the troop showed up and began eating the lower half of the corpse. A younger monkey scurried off with the tail of the infant. Sadly, all that was left of the infant was it’s head, chest, and arms.

Capuchins are omnivorous creatures, meaning they eat both plants and animals. They eat berries, small insects, lizards, squirrels, and birds. When they eat an animal, they usually eat the face first so that the animal can’t bite them or make any noise and they usually eat the entire animal. According to LiveScience, “When cannibalizing one of their own, the monkeys behaved quite differently; only two monkeys took part in the meal and they left the entire upper half of the corpse untouched.”

People shouldn’t worry too much though. This isn’t normal for capuchins or any primate for that matter. According to Mari Nishikawa, the lead researcher of the expedition, “Given that this is the only observation of cannibalism recorded in over 37 years of study on this population, we consider it to be a rare behavior in this species.”

“I think that this monkey story is really sad, but I also think it’s apart of animal nature and it was bound to happen,” says sophomore Camryn Taylor.

The researchers hypothesized that capuchins only resort to cannibalism, when they are in dire need of nutrients, but because cannibalism is a rare occurrence in primates, they don’t know for sure, and further research is needed.