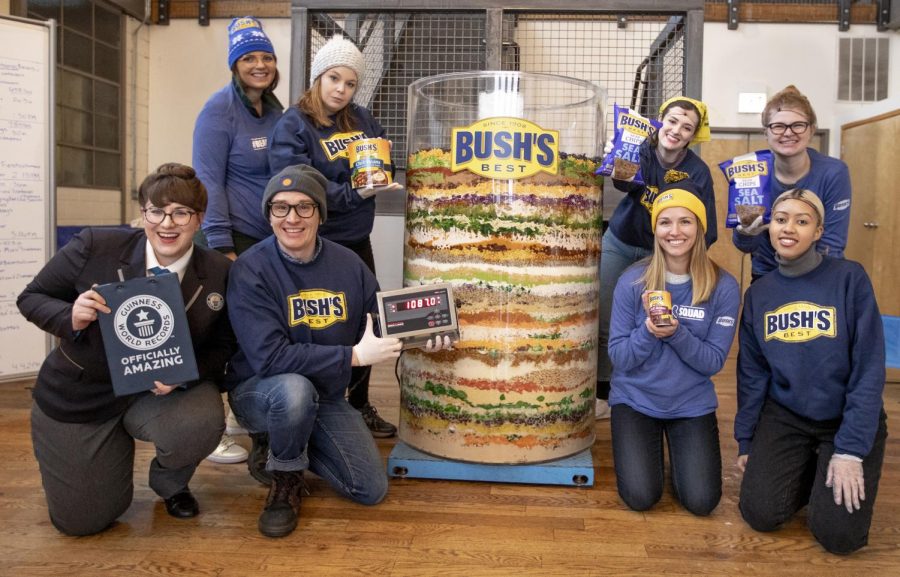 Bush's Beans broke the record for largest layer dip with their 70-layer dip.

A tasty dip is a necessity for any football fan. A lot of people have attempted to make multi-layered dips, with varying levels of success. Bush’s Beans takes the trophy home though for a record-breaking dip. Making a dip for Super Bowl Sunday, Bush’s Beans succeeded in making a ginormous 70-layer bean dip. This dip weighed in at around 1,087 pounds, winning the Guinness World Records title for the largest layered dip, and beating the previous record which weighed in at about 540 pounds. They earned this title on January 17, 2020. In order to make this dip possible, Bush’s Beans created a special container for this dip. As an extra precaution, they also hired an on-site food hygienist who ensured they were following all food safety guidelines. This included keeping the dip just the right temperature, under 40 degrees Fahrenheit, for safe consumption. What to do with all this dip afterward? Bush’s Beans donated this massive dip to a local charitable organization after it was weighed and verified by Guinness. SOURCE