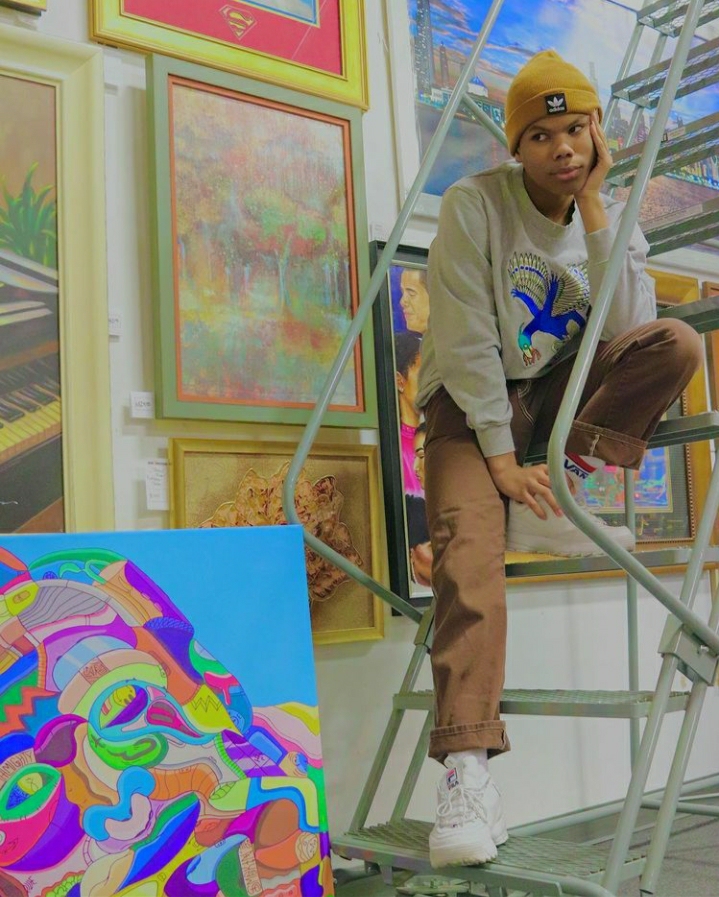 Burning hot lights glared down on the stage as Shawn Carney waited in the wings for his cue. They flicked once and then muted as applause broke the silence. Actors shuffling offstage, crew rushing to place the set. The proscenium illuminated with a palpable finality, and the curtains raised.

He took a deep breath and stepped into his role.

Carney is one student of a large population deciding to change academic gears late into their high school years. Attending Shadow Ridge from freshman year forward, it wasn’t until the end of summer just before eleventh grade that he marked a decision that would change his life.

He perused through elective options and weighed his passions on a scale, deliberating and then deciding on the Kaleidoscope Theatre program to push himself out of his comfort zone. Through junior and senior year, Carney auditioned and participated in three plays as major roles.

With two years under his belt, he experiences first hand the empowering benefits of performing arts.

“It was definitely a shock,” Carney said, “and though I had never felt uncomfortable speaking in crowds, my theater class made me realize just how interactive and skillful these situations could be.”

He found himself more purposeful and confident in the words he spoke to others, feeling as though he had walked through a rehearsal. Carney also gained newfound and lifelong friendships. They spent hours cramped together in dressing rooms, squawking warm-up noises back and forth, and prepping each other for their big debuts.

Carney shared, “I honestly don’t know what I would do without them. I had friends outside of theater, of course, but there’s just that clicking connection when you meet someone who gets you for who you are.”

And, most importantly, Carney’s decision to join the theater troupe had secured him an invaluable creative outlet.

While some people have running and meditation, Carney revealed that his most effective stress-relief strategy is participating in performances, which provides him a second home in spite of all the chaos.

“We’ll be running around, yelling lines and checking mics and scrambling into costumes, and we’re all sweaty and bouncing with anticipation. Sometimes I think I might be frustrated, but then I take a step back and take in all these friends I’ve made and all the adrenaline the stage has spiked, and I know I’d never be anywhere else in the world,” Carney said.

Though late to the call, he’s grateful he chose his path.

Carney had one piece of advice for other students: “Figure out what you want to do and just do it–you don’t want to graduate with could-have, should-have, would-have regrets.”