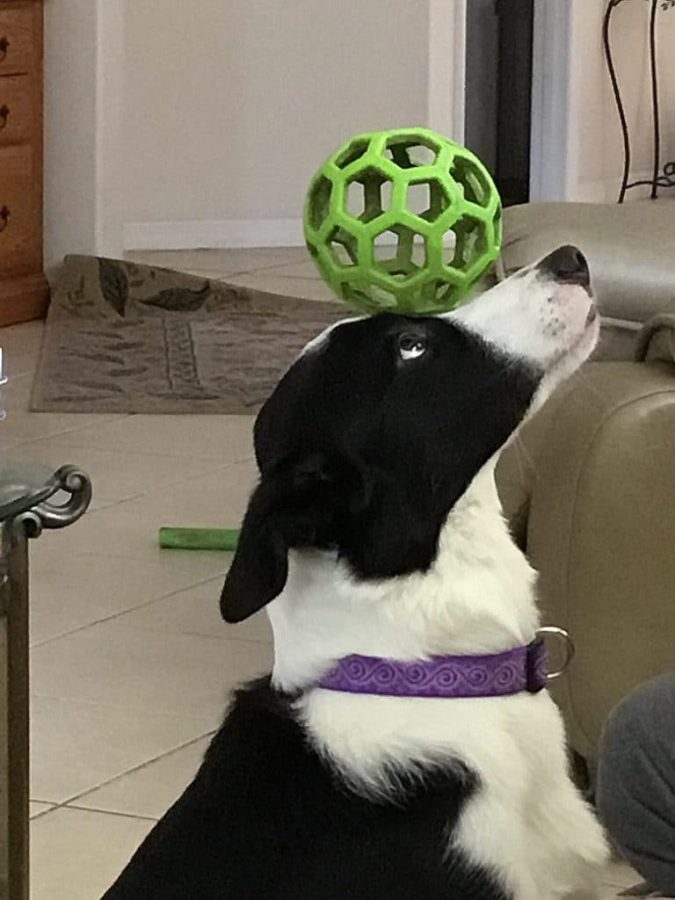 Squall, one of the dogs competing this year.

Last Wednesday in Hungary, researchers began the Genius Dog Challenge, where 6 of the world’s smartest dogs compete to see which dog is able to learn the fastest. In stage 1 of the contest, the dogs will be given a week to learn the names of 6 different toys and in stage two they will have to learn the names of twice as many toys. The event is being streamed live on Youtube and ends on December 16th.

“We have been searching for the past two and a half years for dogs that showed the ability to learn object names and we found that this seems to be a rare skill. While most dogs struggle to learn even only a few names, some rare individuals seem to be very talented at this and can learn multiple object names very easily,” says Dr. Claudia Fugazza, who is the driving force behind the challenge. She is a canine behavior researcher who is a part of the Family Dog Project at Eotvos Lorand University in Budapest.

All 6 of the dogs competing are border collies from across the world and their names are Rico, Max, Whisky, Squall, Gaia, and Nalani. Apparently, the researchers weren’t looking for border collies exclusively, it’s just that mainly collies have the skill to learn object names. One border collie, named Chaser was able to learn over 1000 nouns in his lifetime!

“Personally, I would watch this. I’ve never really seen anything like it before, so it would be pretty interesting to watch. I didn’t even know dogs could actually be that smart. I think Whisky will win because he’s older and knows more toys than the other dogs.” says Trevor Wiseman, currently a sophomore at Shadow.

Everyone thinks their dogs are smart, but these dogs take it to a whole new level.