Pullin’ Flags at the Next Level 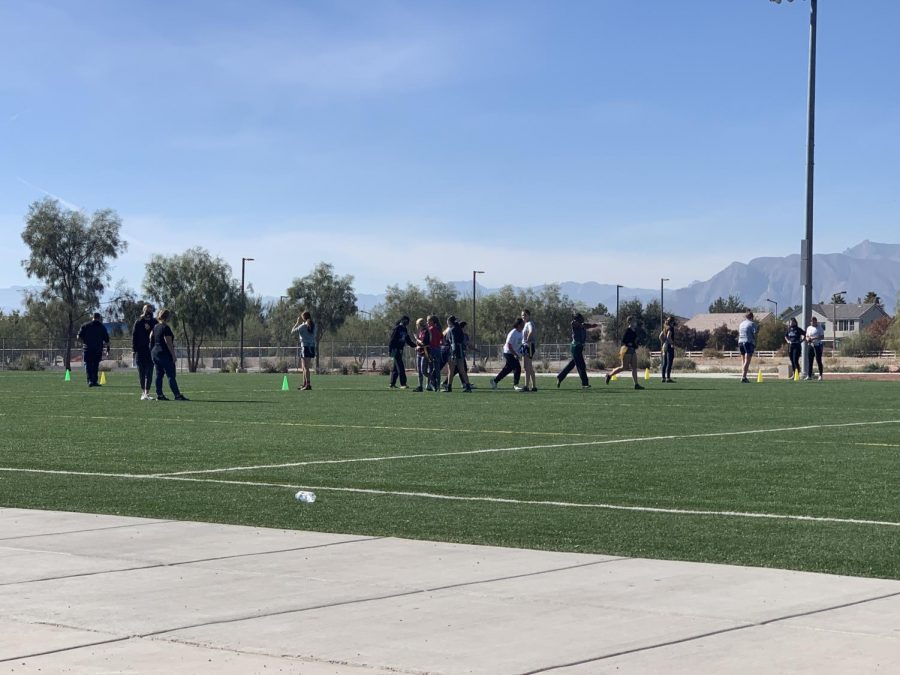 The Northwest Flag Football Club during a practice.

The National Association of Intercollegiate Athletics, National Football League, and Reigning Champs Experiences partnered to make women’s flag football a collegiate sport. The NFL announced that 15 colleges have already committed to starting programs. The new sport will create new full scholarship opportunities for women who will begin to compete in the spring of 2021. The NAIA says this will be the first women’s flag football competition governed by a collegiate athletics association. This is big news for the ladies who play flag football in high school, for they have a chance to get scholarship money towards the sport that they play.

Coach Nighswonger, the coach for the Northwest Girls Flag Football team reached out to Cottey College in Nevada, Missouri and asked if they would like to watch his club team practice so they could see his girls play. Mr. Nighswonger stated, ” I am really excited that the girls will have an opportunity to continue playing a sport that they love and have a chance to get it paid for through scholarships.”

For athletes, being able to play their favorite sport at the next level is great; it really pushes those people who strive to be better in their sport. It is great to see the number of opportunities expanded to more and more athletes as time goes on. Many colleges will be on the lookout and recruiting girls in high school who play flag football, offering scholarships to go play for their school.

“In regards to my girls having an opportunity that has not been present for my prior flag football teams, I am hoping that several of my girls will get the opportunity to play college flag football. I would be very proud of any of them who take the chance to go play football at the next level. I would be very proud of their hard work, their bravery, and their commitment to continue playing at the next level.”

Competition guidelines and startup procedures for schools that are interested in instituting women’s flag football as a competitive sport are now being created. The NAIA will work with NFL Flag and RCX to determine the next steps.