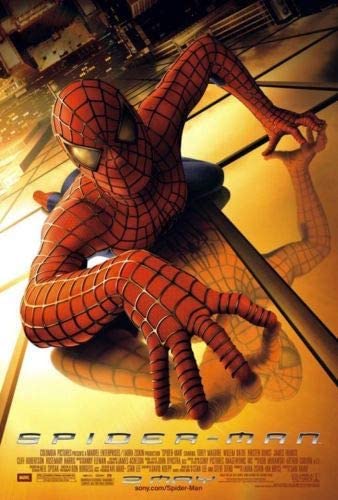 Spider-Man has always been a beloved comic book character, decades before the first film came out.  He was created by Marvel Comics creator Stan Lee in 1962 and has been in the hearts and homes of people all over the world.  In 2002, Sam Raimi changed film forever when the beloved Peter Parker was put on the big screen for the first time, 20 years ago.

Starring Tobey Maguire, Kirsten Dunst, Willem Dafoe, and James Franco, the first-ever Spider-Man film changed movies forever. With iconic lines like “With great power comes great responsibility,” and infamous scenes like the upside-down kiss shared between Parker and his love interest Mary-Jane Watson, the film was instantly a hit, and, at the time, was the fastest movie to earn more than $100 million in the box office. The film was the first of a Spider-Man trilogy, all directed by

Raimi and Spider-Man 2 is recognized as one of the best superhero films of all time.

SYFY Wire said, “That combination of comic book and teenage angst was an irresistible combination: Spider-Man was a massive, massive hit, becoming the first film ever to pass the $100 million mark in its opening weekend. It was a huge crossover hit, showing that a comic book superhero movie didn’t just have to be for comic book devotees. It could be for anyone — especially swooning teenagers, the biggest market for moviegoers, then as now. It showed what a comic book movie could truly be.”

The film paved the way for superhero films forever and was the beginning of seeing the iconic character on the big screen. Since the 2002 film, there have been seven live-action Spider-Man standalone films along with a cartoon Miles Morales in Spider-Man: Into The Spider-Verse. Just this last December the third Tom Holland Spider-Man film came out called Spider-Man: No Way Home and it featured all the past Spider-Man’s like Maguire and Andrew Garfield along with their villains like Dafoe and Jamie Foxx.

Although released 20 years ago, the film’s impact on its viewers is everlasting. Sophomore Diego Martinez said, “I think it was the perfect origin story for the character and honestly just a pretty good adaptation it contains all the elements from the comics that I love and it also has my favorite villain in any spider-man movie,”