The 52 Hertz Whale: Loneliest Whale in the World 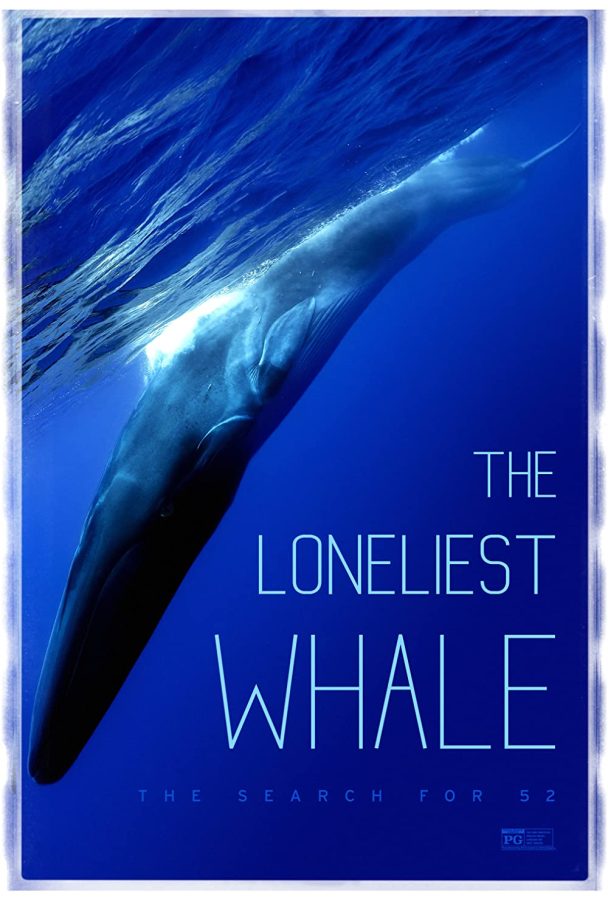 Movie Trailer for "The Loneliest Whale: Search for 52", a movies based on the 52 Hertz whale.

Imagine feeling isolation every single day, stuck wandering aimlessly calling out to anyone that can listen but never being heard. Well, the infamous 52 Hertz whale doesn’t have to imagine. This whale is the only one in the world that calls at the shocking frequency of 52 Hertz, and has been dubbed the ‘Loneliest Whale in the World’.

The 52 Hertz whale, nicknamed ’52’ by scientists, has rarely ever been spotted. The whale calls at a frequency of 52 hertz, while other whales that have similar migration patterns, such as the Blue Whale and the Fin Whale call at a frequency anywhere between 10-40 hertz. Because of this, 52 supposedly has no way to communicate with any of the other whales they encounter.

“That makes me sad,” says junior, Camryn Moore. “Scientists should try to make a whale similar that speaks in the same frequency.”

52 was first discovered in the Pacific Ocean in 1989 by marine biologist, William Watkins. The hydrophones placed there picked up a peculiar sound, first being assumed as a submarine, but Watkins later identified it as a whale call. This call was different, ringing in at an astounding 52 hertz, compared to the 10-40 hertz that other whales in this area displayed. Since then, 52 has appeared near the same spot every year through the beginning of August, and eventually moves out the hydrophones reach in February. Their migration destinations are almost similar to the Blue Whale, but the timing of their movements more match the Fin Whale. Thus, This whales patterns rarely ever match up with those of other whales around it.

There are many speculations and theories as of to why 52 calls at that frequency. Some believe that the whale is a hybrid whale; a mix between a blue whale and a fin whale, which would explain the strange migration patterns. Others think the whale may be deformed. The deformity my affect their vocal system or mouth, causing the higher pitch call.

Since the discovery in the 80’s the world has quickly become obsessed with 52. Some, mostly scientists, look closer to the biological aspect of the whale, trying to solve the mystery of the 52 frequency pitch. But most find themselves relating to the whale in itself. The idea that 52 wanders the ocean alone, having no way to communicate, intrigues many people, and sparks feelings of pity and sadness in the general public. There have been various books and songs  written about 52, such as “A 52-Hertz Whale” by Bill Sommer and Natalie Haney Tilghman, and “Whalien 52” by BTS. Both of these works talk about isolation and loneliness in society, and its relation to how 52 faces everyday life.

Scientists still have no explanation as of to why 52 calls at the strange frequency, their migration patterns, or why they are the way they are. Until the mystery is solved, 52 will remain the ‘Loneliest Whale in the World.’