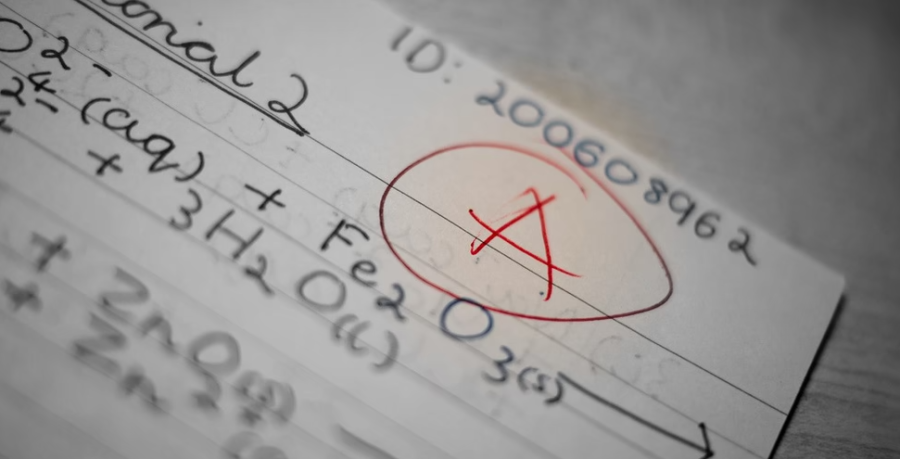 In 2021 Shadow Ridge, along with all CCSD schools, adopted a new experimental grading policy. The major changes that the grading system went through included making summative assignments (or tests) worth 80% of a students grade, and formative assignments (classwork and homework) worth only 20%. Shadow Ridge also changed the rules to make 50% the minimum grade a student can get on a test and asked that students be allowed to retake tests as many times as they want to show how their knowledge has expanded. More recently the schoolwide late work policy was changed as well so that students who’ve been absent have less time to turn in their work.

There have been mixed reactions from the students as this was a pretty drastic change. Although the student body has grown used to these policy changes over the past few months, they have still voiced concerns.

“I think it’s unfair,” says Savana Chalmers, junior. “They are making us try harder, and they know it’s unfair because why else would they make the minimum grade a 50%?”

“It’s unfair. We work all night on our assignments but then we do bad on one test and our whole grade goes down,” says Mia Sibal, junior.

Other students share the same sentiment, believing the 80/20 policy favors students who are better test takers rather than students who are actually working hard in a particular class. The policy could also be detrimental to those with test anxiety or teachers who don’t allow for retakes.

“It’s not balanced. I think the 50% minimum changes more than the 80/20 rule,” says Clay Johnson, junior. “It just helps to keep people towards the middle, because people at the top of the class will go down if they aren’t the best test takers and people at the bottom will go up because of the 50% minimum.”

“I strongly dislike it because I do so much work for formative assignments for them not to move my grade at all,” says Mallory Priest, junior.

“Even when we try our hardest on summative assignments, one test can tank our grade a lot and we end up working super hard for nothing,” says Katy Daley, junior.

These changes in the grading policies have been a big shift for students to work with, and overall, everyone is still adjusting to the new rules.