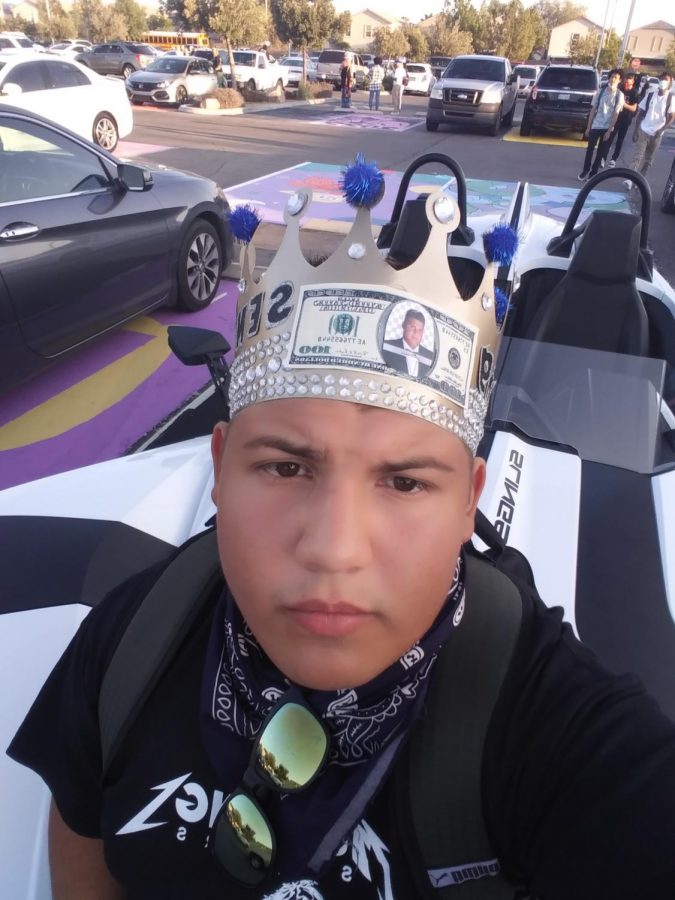 Senior Anthony Bracken says, “The most exciting thing for me since he entered high school has been that I was on the football team and I was on the wrestling team. I was known all around the school. I was also on the Armed Drill Team in ROTC. It was the year of firsts. Freshman year was my favorite year. My biggest challenge was my junior year. It was the year I was going to be new but Covid happened and it messed everything up. My GPA last year was .827, so during the summer I worked hard to complete classes. I ended up taking 3 classes in two weeks. It was a huge thing for me. My best memory in my high school career has been being apart of the parade for ROTC representing the Veterans, but homecoming my freshman year was also a blast. Seeing my friends and making new friends is my favorite part of high school. After high school, I plan to apply to the Apprentice Program for the union to become an electrical engineer. The world will always need electrical engineers and work never stops for them.”